Gloucestershire’s two main urban centres – Gloucester with its cathedral city status and heritage, and Cheltenham with its spa town elegance – could grow and regenerate by developing a third centre connecting the two to create a ‘super city’. This would create a vibrant heart in the centre of the county, offering integrated, creative communities to live and work. The benefits of the ‘super city’ would ripple out to the rest of the county through varied transport links; changing perceptions of Gloucestershire as a group of separate districts. The combined populations of the three centres would put the new city within the top 10 in the UK, creating the necessary critical mass to support major developments and creating a vibrant and exciting urban environment set within Gloucestershire’s glorious countryside. The new centre would also support the second idea, the Cyber Park, to build on Gloucestershire’s international reputation in this field.

One possible location for the third centre could be the land alongside the existing A40 road link, closing the eight-mile gap between city and borough boundaries. Much of this land is currently designated as green belt although has no specific landscape ‘value’ in terms of particular habitats, special features or protected flora/fauna. It is also suited to building development because it is relatively flat, has good access and a low risk of flooding. The loss of the green belt could be compensated by the development of green corridors through the city into the surrounding countryside to ensure easy access to high quality natural environments.

The new urban centre would be designed to keep and enhance the unique strengths of Gloucester and Cheltenham, so that the overall city has zones with individual character and identity, as in larger cities such as London. Alongside re-development in Gloucester and Cheltenham, this would provide space to develop a significant new centre with a variety of features to support living, working, and playing across the three city zones.

The re-developments and the new centre would be planned to address current and future key issues of the county including the retention of young people, health, education, skills, employment, social cohesion, and sustainability. These issues would be addressed through various projects within the overall development such as a new, research led hospital site; a sports stadium/entertainment venue; new housing; world-class higher education provision; connectivity between existing centres and green corridors; and new cultural offers. 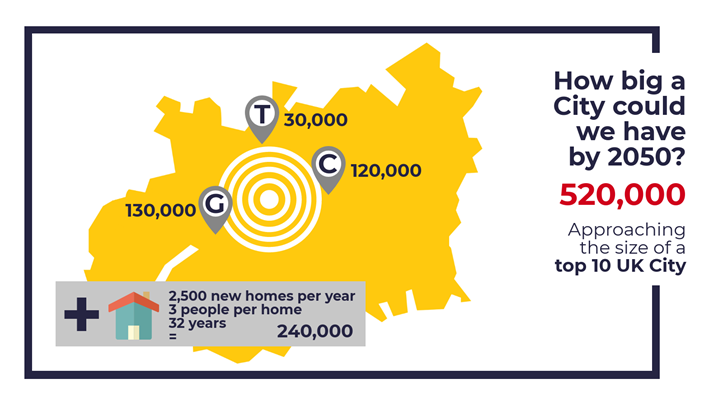 Mark Hawthorne talks more about the Super City idea in this video.

To find out how the idea is developing read these blogs from Stephen Marston, Vice-Chancellor at the University of Gloucestershire: A Super City to be feared or cherished? and What is the Super City proposal really about? 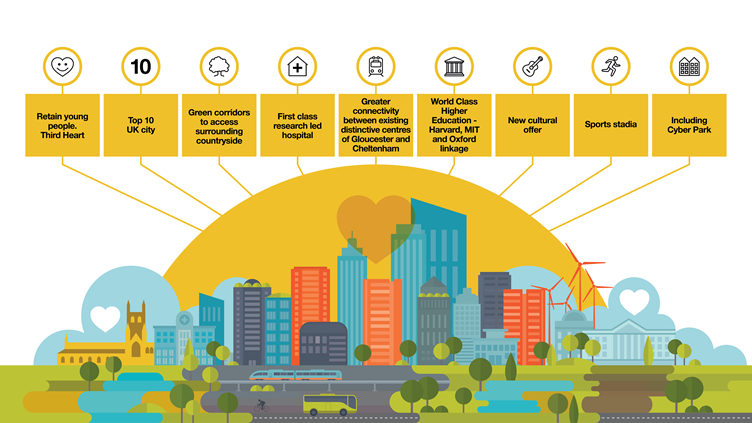